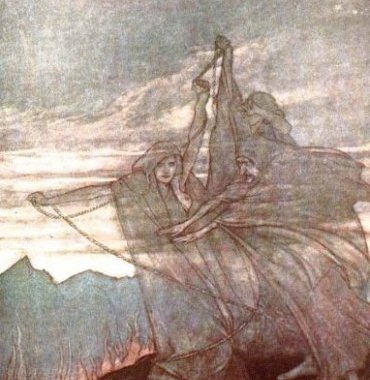 Winter is the cold, long dark. George R.R. Martin’s Song of Ice and Fire series, made popular by the Game Thrones television show has even thrust the phrase, “winter is coming,” into common use. Many people complain of the snow, ice and frigid temperatures, longing for the warmer seasons or to finally, “move somewhere tropical,” where they can escape the ache in their bones.

But ancient belief systems did not compartmentalize their experience of the year into good or bad categories. They were simply folded into seasons, times of particular purpose for either agricultural or pastoral peoples. Winter was indeed the cold, long dark. It was threatening and required preparation in order to survive. But it was also a time of rest, of slowed movement, kinship and fire.

Women’s lives and roles were much the same. The trajectory of marriage and motherhood as the singular destination of women was not popularized until Christianity took hold. Instead, women of the ancient world existed in multiple spheres, in many 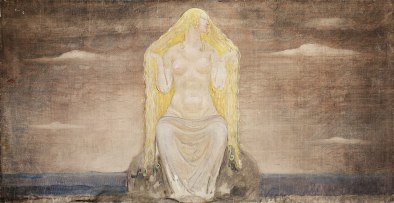 roles, sometimes in sequence, sometimes simultaneously. There wasn’t a common of locked-in fate or unalterable identity that was held for a lifetime. Certainly there were exceptions, just as there were exceptions to the marriage/motherhood role of Christian Europe. These were viewed as parts of a woman’s life. The ravages of disease, childbirth and violence most likely helped promote this, as women who survived could easily find themselves a mother or wife one moment and not the next. Since the emphasis on virginity and sexual faithfulness did not hold the strength it did in the Christian world, this additionally contributed to freedom of movement for women into many roles.

This is most clearly demonstrated in the myriad of identities held by female divinity. In last week’s article, E.J. articulated the many aspects that the Celtic goddess Brigid held. From prophetess, poetry, midwife to smithy, Brigid seemingly did it all. Some goddesses

seemed to embody aspects that were in conflict, such as the Norse Freyja who traditionally is attributed as the goddess of love, but whose roots are clearly in early fertility worship. She is not only the patron of love, but of lust and death, picking first from the glorious Viking dead to reside in Folkvangr, near her home.[1]

The Hellenic stele inscription that serves as our theme for this month, also describes the life of woman who not only was a mother, but a priestess for multiple deities as well as serving as a patroness, possibly as a mentor. The multiple aspects of ancient goddesses reflected well the reality of a woman’s life—varied, often changing but all part of the same person.

Hailed in neo-pagan beliefs is the concept of the triple goddess, described as the “maiden, mother, crone.” This refers to three major phases of a woman’s life based on age and roles she may play. These aspects are derived from many examples of ancient divine figures, but more importantly the number three when referring to female roles. Ancient divinity abounds with triple aspect goddesses.

The Norns in Norse mythology held dominion over even the Viking pantheon. Loosely, they represented what has occurred, what is currently occurring and what will occur. The Ancient Greek mythos includes The Fates who oversee the thread of life, spinning, measuring and finally cutting the lives of mortals. Even the Celtic Brigid with her many 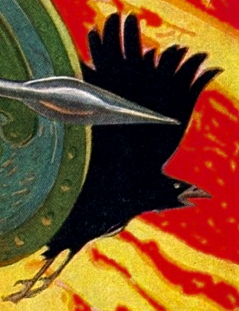 identities is segmented into three aspects where she represents the maiden, mother and crone. The dark and often chilling Celtic goddess Morrigan is among those who play seemingly competing roles as she represents both war and fertility. Sometimes “Morrigan,” is instead a title that contains three goddesses: Badb, Macha, Nemain.[2] These associations are varied as at times these aspects are depicted as sisters of Morrigan and in others they represent goddesses of war and death with hazy lines between their specific roles.

There are many arguments that could be made for social improvements that came along with the establishment of Christendom, or conversely the degeneration of society due to the loss of ideas from the pagan world. There is a fascinating relationship between the ebb of pagan beliefs, the rise of Christianity and the value of women (where value varies significantly on the role of wife and mother). However, to the credit of many ancient pagan societies, the female identity was originally fluid and changing. Ultimately acknowledging the realities of life and women’s place within a community, culture and in the great divine.