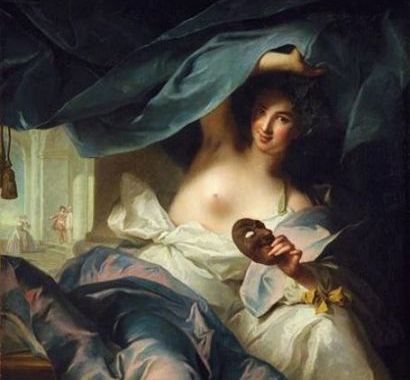 Harvest is a time of celebration and plenty. It is a time when the wealth of a civilization pours forth, is stored, stacked, preserved and consumed. For many ancient civilizations, the crop itself was an embodiment of the death of the god, the sacrifice of a male deity in order to feed the masses. Leaving a mother goddess, who is represented by the earth to go through the winter months solitary. In the ancient Greek world, the mother goddess Demeter must relinquish her daughter Persephone to the underworld for the winter. The world transforms from fruitful to barren for the season.

As desolate as this sounds, there is more to it. According the Hymn to Demeter, a text

important to the Eleusinian Mystery cult, the goddess was indeed desolate without her daughter. She was in great mourning when Hades stole away her daughter Persephone. When Demeter later stayed at the hall of a great queen, she remained depressed and despondent, unable and unwilling to find joy in anything. “Unsmiling, not partaking of food or drink, she sat there, wasting away with yearning for her daughter…”[i] This story is horribly tragic. This is about a mother’s loss, one that she could do nothing to change.

You’re probably wondering when I’m going to start talking about partying. The feast of Thesmophoria was exactly that, a party that was meant to reenact the exchange between Iambê and Demeter. Oh, and this party had one very specific guest list – no one else but adult women.

Seeing Demeter’s state, Iambê, true to her nature began to tease the mother goddess by telling jokes. Her use of humor brought a smile to Demeter, then eventually the mother goddess found herself laughing and enjoying herself. “Iambê, the one who knows what is dear and what is not, started making fun. Making many jokes, she turned the Holy Lady’s disposition in another direction, making her smile and laugh and have a merry thûmos.”[ii]

How does this fit together? How can a mother, stricken with sorrow over the loss of her daughter, find it alright to laugh, to find some measure of happiness?

The ancient Greek women who attended the Thesmophoria reenacted Iambê’s actions by telling jokes of their own. The feast was meant to be fun, a place to let go of social graces and to bring laughter, including raunchy jokes. It was a moment to let go of pain, responsibility and burden. Temporary release, but a release nonetheless.

Without the presence of men and children, these ancient Greek women were free from labels that were defined women’s roles by men and family. She is a woman, among women. In the Hymn, Iambê demonstrates camaraderie with Demeter and dearly wishes to please the mother goddess. She wishes to give Demeter some joy, any joy in a difficult time. Today, there is plenty of scientific evidence of the healing effects of laughter, it is even used by counselors and psychologists as a technique to help patients. Modern humorist Erma Bombeck said, “There is a thin line that separates laughter and pain, comedy and tragedy, humor and hurt.” Most comedy today hits on painful experiences, with witty observations that reveal how absurd the truth really can be.

So each year, women in the ancient Greek world got together, had a party and sought to make each other laugh. There is much more to the rituals and celebrations of the Eleusinian Mysteries and a great deal of it remains…well, a mystery to us. However, the Thesmophoria remains my favorite. Perhaps it’s because a part of me wishes we had something just like it today.